I went for a short run in Lumbarda and I was quite surprised about the surroundings.

Whenever I visit Dalmatia and its beautiful islands I tend to take my running or cycling gear with me. Last year I wrote about hiking and Cycling in Bol on Brac Island, a year before that about cycling in Lumbarda, but this year I went for a short break before a high season hits us with all of you guys wanting to visit Dalmatia :)

I stayed in luxury apartments Sunshine and when I got up I took this time lapse while sipping my coffee and doing my pre-run warm up.

I hit the street around 7.30 and you should in high season too (to avoid the heat) and ran around the bay in the the centre where cafes are waiting for the first morning guests and restaurants are still asleep. The fisherman (you can see the boat in the time lapse video) brought his catch of the night in to the harbour and older guys were gathering there already - not to buy the fish, just to chat about the catch and the affects of the “Bura” wind which hit Croatian coasts hard in the March of 2015. It looks like they are the only one who got up so far. Beside me. It is not even a low season yet, so locals tend to rest more and prepare themselves for the high season. 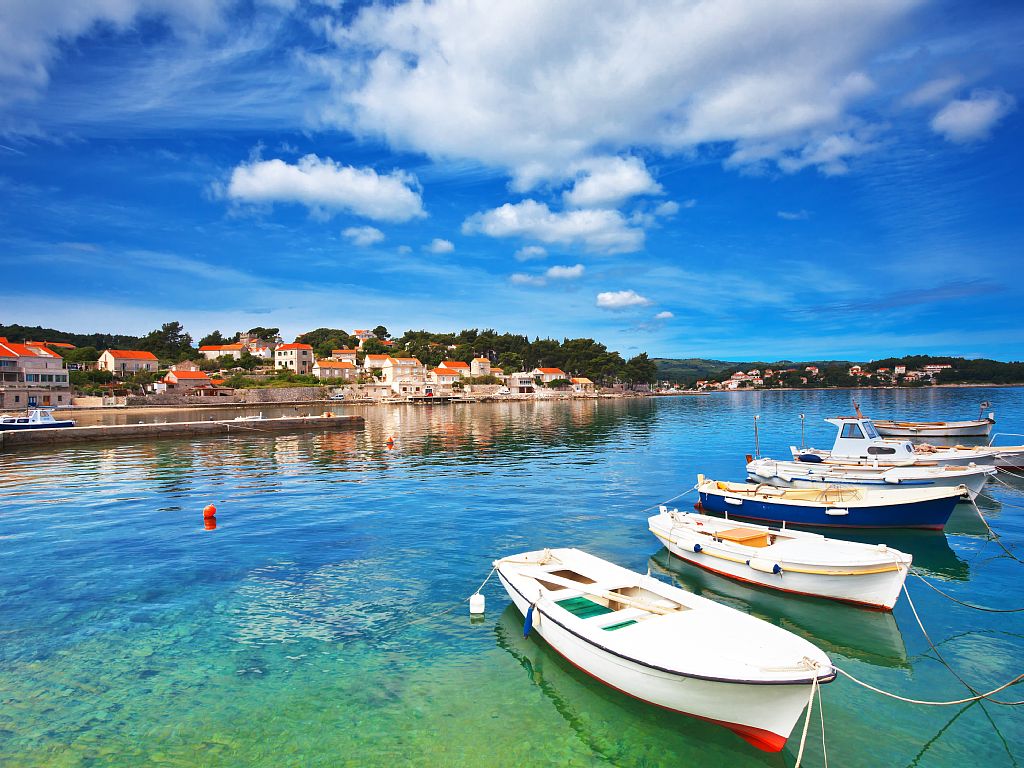 I proceeded towards the marina where all the pastel colour palette on the boats can be seen. Some fisherman are repairing the nets but mostly it is quite and calm with few seagulls flying over and calling the village to wake up already. This first kilometre was nice and all but the real beauty of this run is about to start from here. 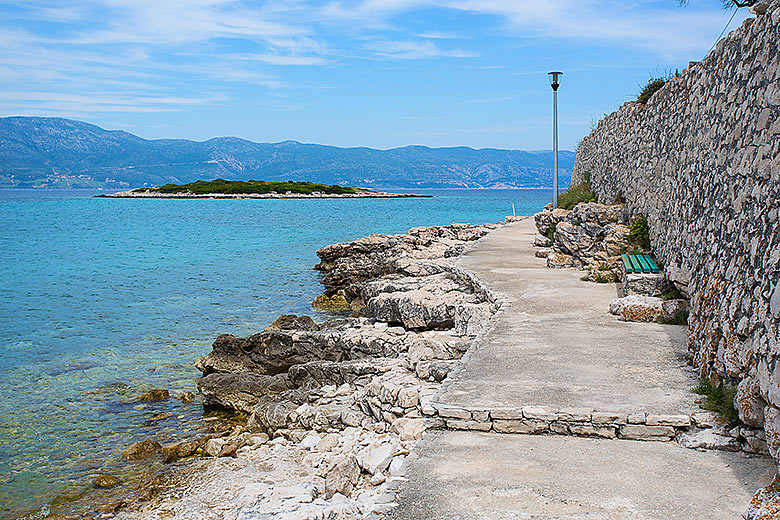 The coastal path is connecting the marina and its beaches with the sandy beach called Bilin Zal. it is a picturesque beach path with Peljesac peninsula and islands in the vicinity of Lumbarda on the left, known for the lovely beaches for those who love to explore beyond the top “10 lists”… You can smell the iodine in the air and you feel the freshness of the air filling your lungs. I am a city person and I try to run as much as possible in the nature, but the freshness of this air almost took me of my feet. Okay it was March and the temperatures are lower, but still. I was amazed. 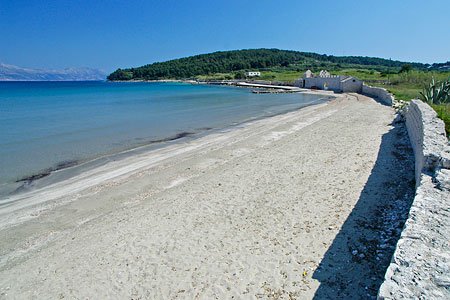 The road will take you to the sandy beach, where just before hitting the sand you will take a right turn and cross the old part od Lumbarda town. Uphill, narrow roads, mostly houses from the local people and charming old school mediterranean architecture. After you reach the top of the hill the great view of lumbered wine grooves is preventing your eyes keeping an eye on the road. I stopped there for a second, done some stretching and moved on, to the main road, where I met some new buddies - the two local dogs were bored at the wine grooves. 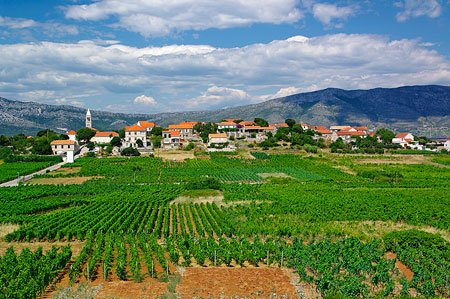 The main road which connects the Lumbarda centre with beaches Przina and Bilin zal, is actually a quite narrow asphalt road laid out between the wine grooves where you will meet a local dog or two and an old man. Walking slowly by his bike towards the market place in the centre. One dog was kind enough to keep me company for a few hundred meters when he saw there was no point in going further. There was no sausage waiting for him at the end. I took right on the roundabout to the second sandy beach in Lumbarda, did another stretch there and continued towards the woods. Where a macadam road will take you to the edge of the island where some great views will be waiting for you at. Just take a moment and enjoy it before you head back to the Sunshine luxury apartments, 5 kilometres if you return the same way or 3km if you continue straight to the centre after the roundabout. Great run. I loved it.